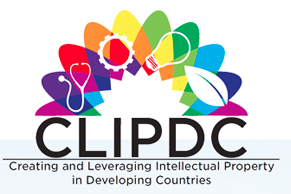 Why this conference, in this place, at this time? The major organizers are the Department of Science and Technology (DST), the Companies and IP Commission (CIPC, which is part of the Department of Trade and Industry), and the National IP Management Office (NIPMO), all SA Government organizations. It seems no small coincidence that the SA “Draft National Policy on IP, 2013” was launched only two months ago, and indeed the Draft Policy is a major topic at CLIPDC. Also, CLIPDC is being used as a forum to launch an “IP Trade Portal“, which functions as a sort of matchmaking service for technologists and investors. It is not exactly clear why CLIPDC is in Durban specifically, although certainly the views of the ocean are worth the journey…

Who’s here? The list of speakers is impressive. Nevertheless, quite honestly, most of the speakers are American or European. South Africa is represented to some degree, but the non-South African voice is all but absent. Frustratingly (at least to this Leo), a representative from ARIPO was scheduled to be present and speaking, but was reportedly unable to attend on account of issues with immigration and obtaining a visa. Consider also that SA seems to have little interest in joining ARIPO (see here, which reports that SA “is counted as a potential member in the near future” but closer look shows that this page was last updated in 2004…). And how many national or regional African patent offices outside SA are represented at the conference? Zero. Even the audience contains only a few non-South Africans from the Continent. It’s hard not to reach the conclusion that CLIPDC is not actually interested in listening to perspectives from developing countries in Africa. On the other hand BRICS countries are well represented. An impressive video-linked session provided presentations from representatives of all of the BRICS patent offices.

What are we talking about? The topics over these three days have been heavily [nay, almost exclusively] related to patents. Other forms of IP are mentioned in passing or in the questions raised from the audience, but are quickly discussed before returning to patents and innovation. The focus on patents can be understood, perhaps, when one considers the non-government sponsors, which include Big Pharma (Pfizer), Health and Personal Products (Philips), the American IP Law Association (AIPLA), an American consulting firm (Knowles IP Strategies), and a local law firm (Hahn & Hahn). The patent-heavy and pro-protection side of the conversations have been somewhat balanced by the presence of representatives from MSF (Doctors Without Borders), University of Cape Town, WIPO, and even the DST itself. Refreshingly, these speakers and delegates have mentioned access to medicines, open access to copyrighted works, protection from biopiracy, and the like. The SA government has clearly put a lot of resources into this event and into IP generally. The Ministers from the Ministry of Science and Technology and the Ministry of Trade and Industry attended and spoke at CLIPDC on Monday [there seems to be some tension between these Ministries, but politics and social issues in SA are too complicated for this Leo to comprehend]. It’s nice to see so much discussion about IP in SA, although it is also clear that the rest of Africa is being left out of the discussion.

A related article about CLIPDC, authored by William New, can be found on IP Watch.