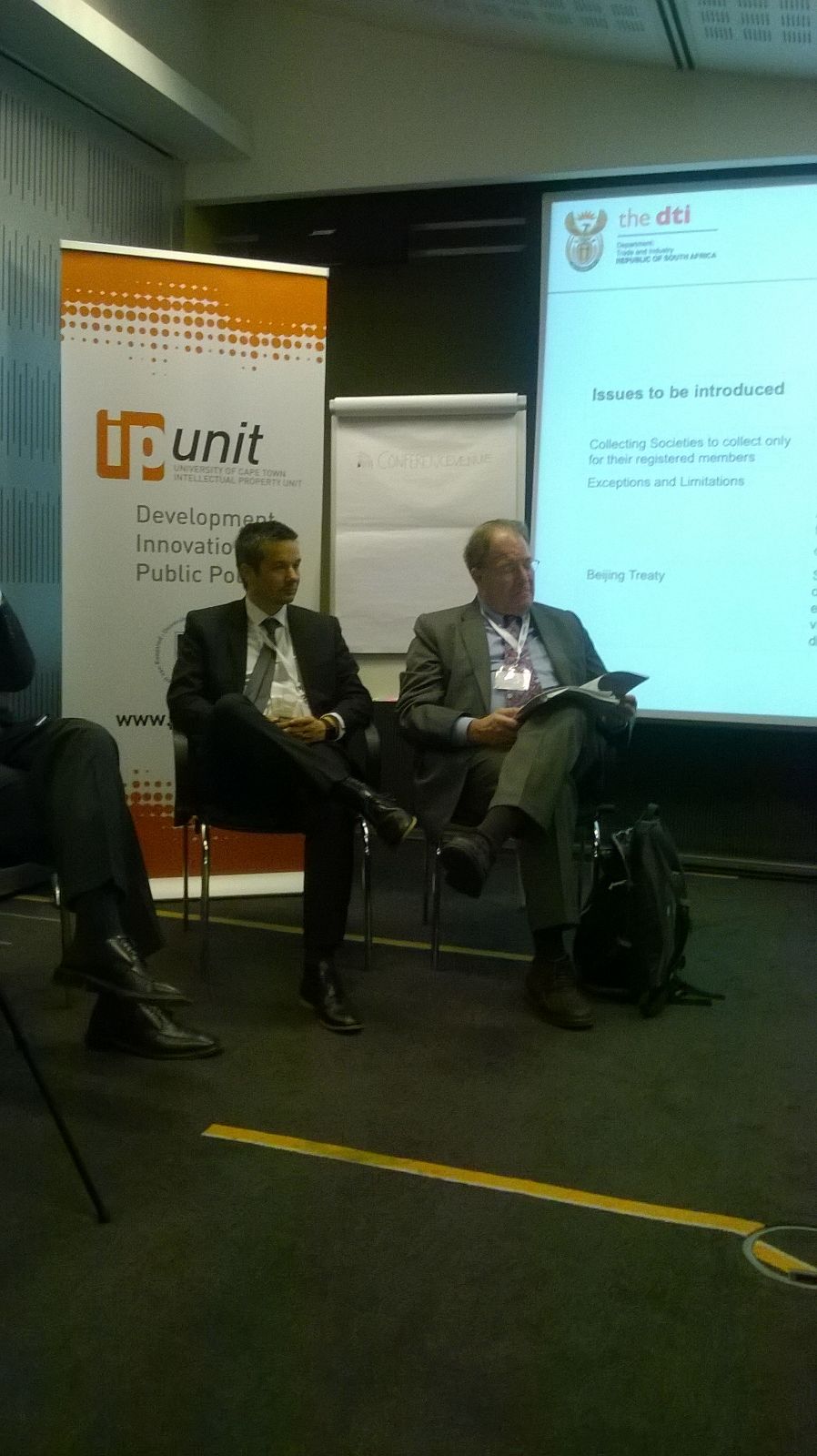 On 27 July 2015, South Africa’s Department of Industry (DTI) published the Copyright Amendment Bill 2015 for public comment. Interested parties have 30 days from the date of publication to submit written comments to the DTI. The IP Unit will submit comments before that deadline. In order to inform relevant stakeholders about the key elements of the Bill and to engage with government officials on issues addressed in the Bill (incl. fair use, educational exceptions, orphan works, improved access for the disabled and anti-circumvention provisions), the IP Unit – together with UNISA, Wits University, the American University Washington College of Law Program on Information Justice and Intellectual Property, Creative Commons South Africa, and the Cultural Industries Legal and Advisory Centre – hosted a one-day workshop on 11 August 2015 at The Innovation Hub in Pretoria. This timely and highly productive meeting of approximately 50 invited participants was facilitated mainly in an open roundtable format in which various segments of stakeholders and of government participated in open and frank discussions of the bill’s impacts in South Africa, especially on consumers, small-scale creators (such as independent and documentary filmmakers), libraries, educators, people with disabilities and the general public interest. The meeting was supported by Google and the Ford Foundation. The agenda of the meeting is available here. Among other things, the programme included addresses by the DTI’s Macdonald Netshithenze and Google’s Fred von Lohmann.