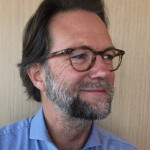 The Multilateral Matters is an occasional blog on international developments related to intellectual property, innovation, development and public policy.

However, in reality, it is profoundly challenging for developing countries to engage effectively in international negotiations and achieve their preferred policy outcomes.

How effective a state, or group of states (such as the African Group) is in participating in multilateral negotiations depends on a number of factors, such as, clearly, the issues at stake and each individual country’s interests, priorities, resources, and capacity, but also the role of regional organizations, the potential for coalitions and, what Nelson refers to as the relevant “institutional system(s)” – meaning the number and nature of the multilateral institutions that are active in relation to the issue at stake.

Institutions can be active in at least two ways: in providing forums for countries to discuss and perhaps eventually agree on new rules (in the form of treaties, conventions and the like) and in shaping behavior through practical means, such as when their secretariat staff publish soft law tools such as guides and provide training and capacity-building.

Coalitions are an especially effective tool for developing countries to use in multilateral negotiations.

The most effective coalitions are not necessarily the regional groupings that exist in intergovernmental organizations, such as the “African Group”, the “Group of Latin America and Caribbean Countries” and “Group B” (as the developed countries group is known in WIPO, for example).  Achieving positive outcomes is not possible by simply playing the numbers game or “blocking”. The most effective coalitions are, rather, cross-regional and issues-based, and those which can strategically carve out “can do” negotiating stances and cobble together win-win landing zones. This is particularly true in consensus-based decision making, which is the situation in many intergovernmental processes.

An example of an issues-based coalition was the “Friends of Development” that was active in WIPO for a few years from 2005.  An even better example perhaps, because it includes both developing and developed country members and centers around a “package” of issues, is the 109 members of the “W52” group in the WTO, which, in 2008, sponsored a proposal related to geographical indications and genetic resources.

Regrettably, however, the severe fragmentation of international IP processes makes forming and maintaining these kinds of strategic coalitions difficult.

Nelson measures the degree of fragmentation, and therefore the likelihood of successful coalition building, with reference to an institutional system’s “thickness” (the objective number of institutions and the extent of overlap in their mandates and membership), “hierarchy” (the extent to which one institution takes precedence over the others), and “integration” (the degree of formal participation of the institutions in each other’s activities).

Let’s apply this analysis to an example.

One of the most interesting and fraught IP issues of the day is the protection of indigenous knowledge systems (IKS) and the related question of the relationship between IP protection and access to and benefit-sharing in genetic resources (GRs).  All the organizations above, save perhaps for the World Customs Union, but additionally the Food and Agricultural Organization (FAO), the UN Permanent Forum on Indigenous Issues and the United Nations Development Program (UNDP), are active in some way or another on these issues.

For example, there is an ongoing multilateral negotiation on these issues taking place at WIPO, in the WIPO Intergovernmental Committee on Intellectual Property and Genetic Resources, Traditional Knowledge and Folklore. The objective of this process is “reaching an agreement on an international legal instrument(s), without prejudging the nature of outcome(s), relating to intellectual property which will ensure the balanced and effective protection of” genetic resources, traditional knowledge and traditional cultural expressions.

Reverting to Nelson’s analysis, we could say that the institutional system related to IP and IKS and GRs is very thick (many institutions), there is a low level of hierarchy (not one of the multilateral institutions mentioned can fairly be said to have the exclusive and sole mandate to deal with the issues) and there is a low level of integration (the organizations are aware of each other and attend as observers in each other’s meetings, but there is very little formal cooperation between them).

The net result of this analysis is that the institutional system related to IP and IKS and GRs is severely fragmented. This allows forum manipulation by some countries and impedes successful coalition-building by smaller and weaker states.

This is not the only reason why developing states have not been able, so far at least, to bring the long-standing negotiations at WIPO on IKS and GRs to a satisfactory conclusion.

Other reasons include the technical complexity of the issues and their cross-cutting nature, requiring an unusually high degree of domestic coordination and policy coherence;  the intensity of the WIPO negotiations (sessions take place roughly every three months in Geneva) and the strain this places on the resources of delegations;  a relatively low level of interdependence between the IGC issues and other outstanding IP issues, with the result that developing countries do not have adequate “leverage”; a weak consensus among states as to the purposes and objectives of the process;  and, almost non-existent public mobilization and civil society engagement with these issues.  Perhaps one could also add that the length of the process so far – the IGC first met in early 2001 – risks draining the process of energy and momentum.

But, the fragmentation of the institutional system poses an overarching threat to the achievement by developing countries of their goals, weakening prospects for strategic, cross-regional and issues-based coalitions.

And yet, the negotiations at WIPO press on amidst growing impatience among many countries for legally-binding international outcomes.  Indeed, pragmatic win-win outcomes are tantalizingly reachable. Reaching them would enrich the intellectual property system and expand the range of its beneficiaries to include indigenous peoples and local communities.

(This is a summary of a talk given by the author to UCT law students in May 2018. Any views expressed are those of the author alone).

Jones, E., Negotiating Against the Odds: A Guide for Trade Negotiators from Developing Countries, 2013