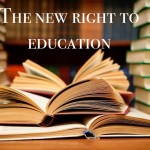 The publishing industry is making a mad dash to defeat South Africa’s adoption of a fair use rights in Parliament on Wednesday. Their latest effort includes an alarmist petition being circulated among authors.  It is interesting to note that, while one of the most persistent and loud complaints in these protests has been that the drafting of the new legislation was badly handled, our perception, along with a number of experienced observers in the process, has been that the level of discussion and debate; the degree of participation and engagement of government representatives; and the consensus on the needs to be addressed, was of a higher standard and the debate much better informed than in previous such attempts at reform over the past decades.  It should also be noted that, while it is true that international publishers might have much to lose in the new law, local publishers, authors and students have much to gain. It is time to lower the heat and concentrate on the facts and context of what is before Parliament.

As for the persistent complaints about the proposal to adopt a fair use regime, rather than persisting with Fair Dealing, it needs to be noted that in a digital age, this is increasingly becoming the default position internationally, as digital media demand flexibility and openness to new developments.

Copying for education in South Africa

The core of the criticism being mounted by international publishers and their local affiliates is that South Africa – the most unequal country in the world – should not broaden the education rights for teachers and students. To assess this claim, one needs to know about both the proposed change in law and the current practices in South Africa.

Since its enactment in the 1970s, South Africa’s copyright law has always had strong rights to use copyrighted materials for education and study purposes. The education rights in the current law state:

12(4) (4) The copyright in a literary or musical work shall not be infringed by using such work, to the extent justified by the purpose, by way of illustration in any publication, broadcast or sound or visual record for teaching: Provided that such use shall be compatible with fair practice and that the source shall be mentioned, as well as the name of the author if it appears on the work.

In addition to this right of educators, learners have a separate right to make private copies to facilitate their learning by virtue of the existing “fair dealing” right:

(a) for the purposes of research or private study by, or the personal or private use of, the person using the work;

Throughout Apartheid these provisions were used liberally to make copies of excerpts, and often whole books, to facilitate education in South Africa. With growing frequency in the 1970s and 80s, the construction of coursepacks and the copying of foreign books not available in South Africa were made as a “set of practical workarounds against censorship, the boycott, high costs, and inadequate distribution systems” (Gray and Czerniewicz 2018 https://mitpress.mit.edu/books/shadow-libraries ). In the more radical universities, these coursepacks also served to provide access to research content that challenged the apartheid regime, offering a different vision to the formally published textbooks.

In the new South Africa, these practices continued, with universities regularly supplying coursepacks of copied excerpts without licensing them from any copyright holder. Things began changing with an aggressive campaign by rights holders in the 2000s.

After apartheid, the primary policy goal of the publishing industry was a collective licensing agreement that would establish a flat fee for all photocopying in the universities. This process was undertaken by the DALRO—the Dramatic and Literary Rights Organization. As before, the negotiations were turbulent. DALRO threatened massive penalties for university departments that had embraced coursepack copying during the academic boycott. Protests erupted across the university sector, especially from the black rural universities that in many cases still stocked libraries with photocopied books and journal articles. Nonetheless, strong government support and EU funding granted to the poorer universities as an inducement produced agreement in 1997–1998. The blanket licensing agreement was fully implemented by 2004–2005 (Gray and Czerniewicz 2018, 133).

The DALRO blanket license gives authorization, in exchange for a per pupil fee, for the creation of multiple copies of articles for coursepacks, placement on the library short-term loan system, and storage on electronic reserves (Gray and Czerniewicz 2018, 133). It authorizes, in other words, what universities were largely doing without payment until then, raising educational costs to schools and students.

Access to education materials in the new South Africa continues to be incredibly limited, largely because of the cost of materials. Gray and Czerniewicz recount:

70 percent of higher education students obtain the majority of their materials through informal digital sharing networks with other students. The students participating in these networks, the research made clear, were not ‘pirates’, but rather students concerned to succeed in their education but faced with severe economic and practical constraints. One student, asked about whether he had any fears about illegal downloading, answered: “No, worried about graduating.”

It is in this context that the Department of Trade and Industry was faced, in its drafting of a new Copyright Act, with deciding whether and how to change the existing rights of teachers and students to make use of copyrighted works for educational purposes. The changes being introduced are modest compared to the acuteness of the need.

The Bill makes a just and reasonable effort to clarify the degree to which teachers and students can lawfully make copies of excerpts to facilitate education. The practices the bill permits are more restricted than those routinely followed under Apartheid, and more liberal than are practiced at some universities that license all copying. It will usher in very little change in most primary schools where text book purchases supplemented by limited copies of excerpts of other works is the norm.

Section 12D of the Bill provides:

“a person may make copies of works or recordings of works, including broadcasts, for the purposes of educational and academic activities” as long as the “copying does not exceed the extent justified by the purpose.”

This part of the law appears to usher in no change from the existing standard, other than to clarify that it applies to all works (including, e.g., an audio-visual work).

The new aspects proposed in the Bill provide more specificity as to what educators can do in sharing materials with students, the most important of which is the explicit permission to create course packs of excerpts:

Educational institutions may incorporate excerpts of works, “to the extent justified by the purpose,” “in printed and electronic course packs, study packs, resource lists and in any other material to be used in a course of instruction or in virtual learning environments, managed learning environments, virtual research environments or library environments hosted on a secure network and accessible only by the persons giving and receiving instruction at or from the educational establishment making such copies.”

The law specifically provides that course packs or other forms of copying may not “incorporate the whole or substantially the whole of a book or journal issue, or a recording of a work” under normal circumstances. (12D(2)). It authorizes copying of full works only if “a licence to do so is not available from the copyright owner, collecting society, an indigenous community or the National Trust on reasonable terms and conditions”; “where the textbook is out of print”; “where the owner of the right cannot be found”; or where the right holder is engaged in anticompetitive conduct in the form of excessive pricing. (Copyright Amendment Bill Section 12D(3)-(4). In each case, no copying is permitted for commercial gain, (12D(5)), and the copying must be restricted to the “extent justified by the purpose.”

The proposed new law does not ban the DALRO blanket license. But it will pressure DALRO to offer more in the license than the law makes clear can already be provided for free. Most importantly, the DALRO license, or an individual site or specific work license, may be useful to schools that seek to copy whole or substantial parts of works, especially high priced foreign works in subjects for which there is little South African production. It will liberate schools from paying fees for mere extracts, and will strengthen the hands of schools in negotiating prices for licenses with DALRO. All of this should enable educational resource budgets to stretch further and toward more uses of local produced works.

The new law should be in the interests of local, as opposed to foreign, publishers and authors. Latest publically available figures [pdf] show that DALRO collected R48 million as royalties from reprographic reproduction licenses. Collection from tertiary institutions accounted for a substantial part (R38 million) of the royalties. Currently the majority of licensing revenue goes to foreign publishers and authors. This is confirmed by the fact that the list of academic publishers represented by DALRO is mainly local subsidiaries of foreign publishers. The forgoing is further confirmed by an earlier report of the Copyright Review Commission as follows:

“in the 2010 calendar year, the total amount collected from licensing was around $4 million (R28,582,389) and the total amount distributed was $3 million (R21,601,415), of which $1.2 million (R9,477,661) was distributed to local rights holders. The low returns to domestic rights holders, moreover, have led to criticism that the system favors international publishers: most of the licensing revenue sent to DALRO leaves the country” (Gray and Czerniewicz 2018, 134, quoting Copyright Review Commission).

The converse is true with book purchasing, especially in the large market for school books. When budgets are spent on books, instead of licensing, the majority goes to local publishers and authors (PASA 2013, reporting that 60 percent of text books used in South African schools are locally produced). Thus, a policy to reorient resources toward local interests should seek to reduce licensing costs of education to make room for local book purchases, which the law does.

When Canada recently expanded its fair dealing rights to include educational purposes, the general trend was for schools and universities to shift from blanket licenses that required fees for copies of small excerpts toward a mix of site licenses for specific uses and works and an increase in book purchasing, with particular benefits to local Canadian publishers (Geist 2018, http://www.michaelgeist.ca/2018/05/copyrightfairdealingeducationpartone/). If the same occurs in South Africa, local authors and local publishers stand to gain.

Finally, the new law may help promote the use of so-called open educational resources. These are materials developed under a different model – where authors are paid up front for their work and the product is made freely available without copyright restrictions – permitting students and teachers to change and adapt the works freely. The recent announcement of the Digital Open Textbooks for Development at UCT, with substantial grants on offer for their production is just one example of a radically changing university textbook environment.

At its foundation, the Copyright Amendment Bill takes appropriate incremental steps to clarify the educational rights of teachers and every student. It should benefit, not harm, local publishers. It deserves all of our praise.