In celebration of Heritage Day, the UCT IP Unit hosted a lunch hour seminar on 25 September. The seminar was put together by the Unit’s student research assistants who also acted as the resource persons (Clarence Lakpini, Bontle Monnya, Tanya Magaisa and Lenon Rwizi). The seminar ran under the theme: What is the status of Traditional Knowledge on the continent and in South Africa? Who are the winners and losers? A case study on the Hoodia Gordonii. The event was well attended by students, academics, faculty and staff.

Clarence Lakpini started his presentation by defining and exposing the various forms of intellectual property (IP). He took strides to use visual images of food products, décor, clothing and traditional pharmaceutical products that classify as traditional knowledge (TK) in order to give the audience an appreciation of the subject of the day. Clarence explored the related international, regional and local legal instruments regulating TK. In this connection, he placed particular emphasis on the efforts that have been invested at the World Intellectual Property Organization (WIPO) and other international fora to reach consensus on an international normative framework for TK. For instance, he pointed out the efforts of the WIPO Intergovernmental Committee on Intellectual Property, Genetic Resources, Traditional Knowledge and Folklore, which made significant strides in developing concepts and draft international instruments (as proposals) for TK protection. Highlighting the Convention on Biological Diversity (CBD) of 1992 and the Nagoya Protocol, he further demonstrated various efforts that have been invested to harmonize international TK. 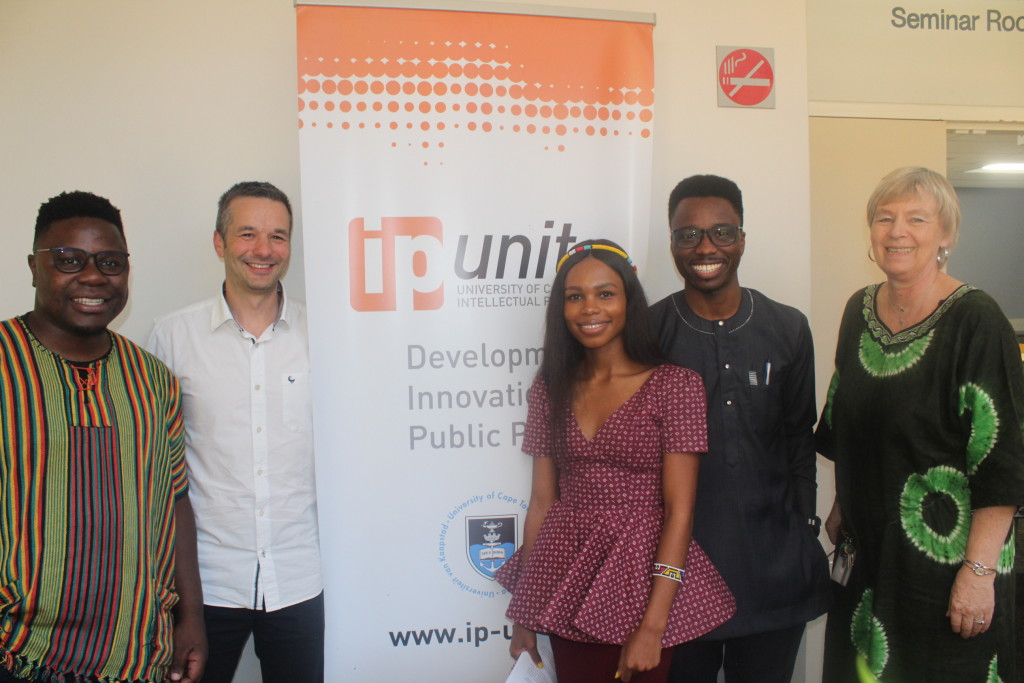 On the local front, Tanya Magaisa covered local IP legislation and the possible clash with international instruments. She noted how this possible tension might deter the fair and equitable realization of benefits arising from TK. She also shared key aspects provided by the Intellectual Property Laws Amendment Act 2013 and the Protection, Promotion, Development and Management of Indigenous Knowledge Systems Act, 2019 with an emphasis on the takeaways that traditional communities could draw.

Bontle Monnya wrapped up the presentations by using the Hoodia Gordonii case to demonstrate the interface between TK and traditional communities. She noted how the San people were initially unaware that the South African Council for Scientific and Industrial Research (CSIR) had been granted a patent on the appetite suppressant derived from the Hoodia succulent through research carried out by the CSIR. The CSIR had already set plans to commercialise a Hoodia pharmaceutical product without the consent or any benefit sharing arrangement with the San tribe who hold the TK over the plant. She further noted that many traditional communities are not aware of the vast wealth they possess in the form of tradition. She concluded by expressing  the need to find innovative ways of harnessing TK to foster the development agenda. While she applauded the Hoodia Gordonii case as a success in the sense that the South African San Council later concluded a benefit sharing agreement with the CSIR, she pointed out to the many ‘thorny’ challenges facing traditional communities in acquiring proper recognition of their TK in patent related issues.

The session ended with an open discussion and questions from the audience. What a fitting way of celebrating  Heritage Day. Well done to our IP Unit student team for hosting a successful event!