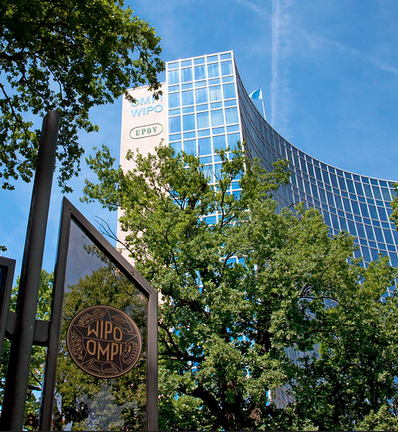 The 38th session of the World Intellectual Property Organisation’s Standing Committee on Copyright and Related Rights (WIPO-SCCR) recently took place from 1 to 5 April 2019 in Geneva, Switzerland. As gleaned from its agenda, the session was convened to continue the negotiations among WIPO member states towards formulating an international normative instrument for copyright limitations and exceptions (L&Es), that goes beyond the Marrakesh Treaty to Facilitate Access to Published Works for Persons Who Are Blind, Visually Impaired, or Otherwise Print Disabled (Marrakesh VIP Treaty). Thus, the session placed particular attention on L&Es for persons with disabilities (other than blind, visually impaired and print disabilities), libraries, archives and museums; for educational and research institutions.

Professor Caroline Ncube (University of Cape Town’s [UCT] DST/NRF SARChI Chair on Intellectual Property, Innovation and Development) and Professor Blake Reid presented the findings from their very important scoping study on access to copyright protected works by persons with disabilities before the plenary on 3 April 2019. The study was meant to assist the national delegates of WIPO member states in their deliberations. Other reports focusing on different aspects of L&Es such as libraries, museums, educational and research institutions, and archives were also presented at plenary of the 38th session. Besides the studies, there were side events where specific issues were discussed in more depth. The side event on “Technologies and Accessibility for People with Disabilities” is worthy of note and is discussed below.

The 38th session of the WIPO-SCCR is very important as it was convened at a time when South Africa’s copyright reform process has reached a defining moment amidst stern opposition, from some quarters, of the laudable L&Es proposed in South Africa’s Copyright Amendment Bill (the Bill). The following brief first-hand account of the highpoints of the WIPO-SCCR’s 38th session will show that L&Es are increasingly gaining global recognition as a means for promoting the public (and private) interest in copyright law and that this strongly suggests that South Africa is on the right path so far in its copyright reform process.

Plenary began with general statements on L&Es by the regional blocs followed by specific member states and lobbying organisations with permanent observer status in the WIPO-SCCR. The general statements reflect a global consensus on the importance of L&Es within the copyright legal landscape. Countries from both the global north and south, including South Africa, recognised the valuable role that L&Es play in ensuring equitable access to knowledge and information and the promotion of creativity and culture.

Member states acknowledged the need for copyright legal regimes to be framed in a manner that promotes the public interest by ensuring adequate and equitable balance between the creativity incentivising, creativity promoting and knowledge access objectives of copyright protection. The general pulse is gravitated towards the promotion of L&Es, without undermining the economic interests of authors and copyright owners, as a viable means of achieving the requisite balance.

Nonetheless, there were discordant tunes on whether an international normative instrument for L&Es should be adopted. Here, some member states expressed the position that existing international treaties provided minimum standards which countries were already exploring to craft L&Es in their national legislations. Thus, countries should, subject to their international obligations under existing copyright treaties, be at liberty to frame L&Es that are suitable to their local needs and circumstances. On the other hand, some other member states maintained the position that a general international normative regime for L&Es is necessary to act as a clear guide (a form of model law) to member states when drafting national copyright laws.

Without attempting to pre-empt the outcome of the WIPO-SCCR’s ongoing work on L&Es, it is submitted that some form of general guiding norm for L&Es will not be misplaced so long as it will not be an attempt at harmonisation or unification of approaches adopted by member states. This will be of particular importance to those countries without the relevant technical capacity and knowledge infrastructure for copyright law and policy formulation. The point being made is that while some general guidance is necessary, member states should be free to formulate L&Es that suits their local contexts and circumstances. To this end, it may be better for? the WIPO-SCCR to adopt a bottom-up approach by drawing from the legal and policy frameworks on L&Es in member states as shown by Professors Ncube and Reid’s, and other, studies presented during plenary.

Scoping Study on disabilities and access to copyright works

Professors Caroline Ncube and Blake Reid’s scoping study investigated the extent WIPO member states have adopted measures that goes beyond, but consistent with, the Marrakesh VIP Treaty in making provisions for accessible format copies of copyright protected works for persons with aural, cognitive, visual, physical and multiple disabilities and the implication of these measures on exclusive rights. The study also provides background knowledge of various technology, such as tactile books and paintings, closed captioning and audio description, among others, that are deployed to facilitate access to copyright protected works for disabled persons.

The study commenced as a qualitative research through structured questionnaires to some WIPO member states. It was later supplemented by independent desk-based examination of the copyright and relevant statutes of all WIPO member states. It adopted a typology analysis approach, which ensured an in-depth examination of the disability L&Es in the national copyright legislations of WIPO member states and aimed at identifying clear patterns and trends, and describe the extent to which each national statute allows the making of accessible format copies for disabled persons.

The study made very important findings, which have been aptly summarised here. For proper perspective, some important findings are reiterated: (a) 91 WIPO member states, including South Africa, do not yet have any disability exceptions and limitations in their national copyright statutes; (b) more than half of WIPO member states spreading across the global north and south (including Africa) have enacted several forms of disability L&Es in their national copyright legislations.

The study was further spiced up by the side event mentioned above. The event proffered an opportunity for national delegates and other participants to learn, from a very inclusive panel, about the link between disabilities and accessibility and how new technologies, such as artificial intelligence (AI), help in creating accessible format copies for disabled persons especially for education and research activities.

The side event opened with Professor Caroline Ncube’s lead-in remarks, which focused on the legal and policy considerations for creating accessible format copies for disabled persons in the new technologies’ era. This was followed by Professor Blake Reid’s examination of audio-visual accessibility, which made a brief review of the Marrakesh VIP Treaty model for accessibility of published works and contrasted the model with the technical and logistical requirements for access to audio-visual works by disabled persons. Professor Blake Reid concluded by highlighting the trends and possible challenges accessibility to audio-visual works by persons with disabilities. In conclusion, the side event also featured a practical and first-hand demonstration of the impact of AI on accessibility for disabled persons by Dr Christian Vogler. Drawing on personal (as a person with aural disability) and professional experiences, Dr Vogler argued that AI and other new technologies are very important tools in ensuring access to copyright protected works for disabled persons. However, according to Dr Volger, the new technologies still require human intervention to be effective.

Finally, the study shares some similarity with the other studies mentioned above in the typology analysis approach adopted and in the nature of the findings. Essentially, all the studies presented at the 38th session underscore the fact that national copyright statutes of WIPO member states that contain the L&Es under consideration are highly diverse in the language adopted and in their details on the copyright works, exclusive rights, the uses and conditions for use covered. This is an indication that countries are adopting a tailor made, and not a one-size-fits-all, approach in legislating L&Es locally. Nonetheless, the studies find that the national statues are generally guided by the three-step test under the Berne Convention.

From the foregoing, it is evident that there is a strong global appreciation of the balancing role of L&Es within the copyright legal architecture. Also, majority of WIPO member states are taking affirmative actions by enacting useful L&Es such as for disabled persons, libraries, museums and archives, and for educational and research institutions in their copyright legislation.

Unfortunately, the over 40 years old South African Copyright Act is lagging far behind. It contains no disability provisions; and the extent to which libraries, museums, archives, educational and research institutions are provided for, if at all, is unclear.

Thankfully, however, at the 38th session, South Africa joined other WIPO member states in declaring support for the ongoing work of the WIPO-SCCR on L&Es. It also announced the inclusion of these L&Es in the Bill, which has gone through the relevant legislative bodies and currently awaits presidential assent to come into force. Clauses 12 and 13 of the Bill indicates that South Africa will be adopting the mixed/hybrid approach identified in Professors Ncube and Reid’s study.

Not unsurprisingly, there is a strong push-back from the publishing industry, collective management organisations and some authors against presidential assent of the Bill. Apparently, the opposition to the Bill is either based on ignorance of the value of L&Es or deliberately calculated to deceive the unsuspecting law and policy makers in order to further the unbridled capitalistic quest of merchants in the copyright industry.

Researchers in UCT’s IP-Unit and other well-meaning authors both locally and internationally have applauded the L&Es in the Bill as progressive, well suited to the South African context and a model to the world. Indeed, the L&Es in the Bill are not just user rights only (as its opponents are quick to point out), they are also authors’ rights. Authors do not know it all. They rely on, and require access to, existing knowledge for creation of new copyright works. And this is made easily possible by the L&Es contained in the Bill.

Finally, happenings in WIPO-SCCR show that there is global momentum and support for the copyright reform process in South Africa. It is therefore important for the South African president to maintain the momentum and acknowledge the global support by sealing the Bill with his signature.