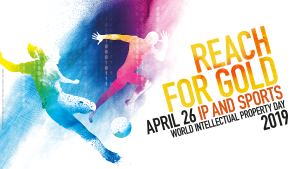 It is that day of the year again! The World Intellectual Property (IP) day is being celebrated the world over.  According to the World Intellectual Property Organization (WIPO), the theme of this year’s celebration is “Reach for Gold: IP and Sports.” We are excited about this year’s theme as it affords us the opportunity to reflect on the role of IP for the development of sports, especially the game of football. IP generally deals with “creations of the mind: inventions; literary and artistic works; symbols, names, and images used in commerce.” There are several types of IP that impact on the sporting world, among which are: copyright, trademarks, patents, designs, broadcasting rights and trade secrets. A healthy and fair balance between incentivising innovation and enabling access to its fruits is what IP ultimately seeks to achieve. This short blog post examines how IP, through patents, has impacted the game of football. The specific focus will be on the effect of the Video Assistant Referee (VAR) technology, introduced during the 2018 FIFA World Cup in Russia, on the traditional footballing practices.

The world of sports is filled with many peaks and valleys, with emotions ranging from triumph and joy to defeat and sadness. Few things are more irksome to sports fans and players than the feeling of disenfranchisement stemming from wrong decisions by match officials which are irreversible. Football is no different, being a game of passion, it often excites both positive and negative emotions in players, coaches and fans alike. A clear example is the qualification round for the FIFA World Cup 2010, which was hosted in South Africa. France was at the brink of missing out on qualification for the tournament, but for a goal by Thierry Henry, which took them through to the World Cup at the expense of the Republic of Ireland. Sadly, however, this goal was a handball which should have been disallowed. Nevertheless, it stood, and a whole nation’s dream of playing in the knockout stages of the World Cup was in tatters due to a poor refereeing decision.

The Video Assistant Referee (VAR) is a system which was designed to improve the quality of refereeing decisions to avoid controversial mistakes like the one just mentioned. It involves three people working together to assist the referee in reviewing decisions on goals, penalties, red cards, and mistaken identity. These efforts are largely aided by a bank of monitors offering different camera angles. Although the in-game referee still makes the final decision, the off-field assistant referees use advanced video technology to wade through controversial decisions which are difficult for the referee to make in real time.

Hawk-Eye Innovations holds the patent (WO0141884) for the VAR technology which was used at last year’s FIFA World Cup. Hawk-eye is part of Sony. The protection granted by this patent enables it to benefit economically from this invention by entering into licencing agreements with various sports bodies such as FIFA who pay a fee to obtain access to Hawk-Eye’s technology with the aim of improving the decision making of their officials and aiding a richer viewing experience. The improved quality in decision making by referees due to the VAR system protects the integrity of the game and assists broadcasters to produce more qualitative content for their viewing audience. The patent that Hawk-Eye Innovations enjoys enables it to prevent others from exploiting its invention without its consent, during the 20-year life-span of the patent. Hawk-Eye Innovations has maximised this protection through agreements which have seen it expand its service offerings to over 20 sports in more than 90 countries around the world. There is a concern, however, that this technology may be unaffordable for the football associations of emerging economies such as South Africa, thereby limiting access. This will be addressed later in this blog post.

Traditionally, the football world had resisted the entry of new technologies such as VAR for fear that a Pandora’s box might be opened which will negatively affect the flow of live games by causing abrupt stops in a sport that is best known for its free-flowing nature. In fact, VAR has even been described as a “slap in the face for the long-suffering paying supporter” because of delays which taint the live-viewing experience of the fans. There are also concerns that the technology does not deliver on the promise of greater efficiency in decision making, with the 2018 Football Association’s (FA) Cup final between Chelsea and Manchester United a case in point.

However, that stance has softened in recent times, with the belief that it will promote transparency and efficiency in decision making taking priority over the concerns expressed by its detractors. We can see that VAR has grown in influence in the year following its use at the World Cup. It has now been adopted by the Union of European Football Associations (UEFA), the body that organises Europe’s premier club cup competition – the Champions League – and in various leagues such as the Spanish La Liga, the German Bundesliga, and the Italian Serie A. The English Premier League voted against its use for the 2018/19 season but will start deploying it from the start of next season.

Bringing it closer to home, the Confederation of African Football confirmed that the 2019 edition of the African Cup of Nations (AFCON), which will be hosted by Egypt, will also be utilising this technology. There has even been a call for its use in South Africa’s Premier Soccer League (PSL), and though this may not be done immediately, it highlights its growing influence in the game. It is fair to say that the use of VAR, though previously seen as the rare exception, is fast becoming the norm in footballing circles.

The potential drawback for league football in developing countries is that the high cost of using the system may restrict access to the technology, thereby, widening the gap between the leagues that can afford it and those that cannot. Licensing fees contribute to these costs. The rejection of VAR by twelve of the twenty clubs participating in the Campeonato Brasileiro Serie A (Brazilian top division) in February 2018, highlights this problem. The cost of the use of VAR for a season was estimated at US$6.2 million (~ZAR 87 million) for a season, and the Brazilian Football Confederation (CBF), proposed a levy on each club to pay the total cost. Unless there is a significant reduction in the cost, it is unlikely that we will be seeing its use in the PSL or other African leagues soon.

To conclude, new and disruptive IP-protected technologies are here to stay and they will continue to grow in influence in various sports if the current rate of innovation and adoption is maintained. With more advanced forms of technology coming on the scene at such an unprecedented pace, it might not be far-fetched to think that in the next few years we will have drones and artificially intelligent (AI) driven systems, officiating games. We do not know what the future of the marriage between new technologies and sports holds, but it will be very interesting to see how things develop over time. One thing is certain, the more these technologies are used, the more relevance IP gains in sports – making it all the more important to explore the pros and cons of such protection.