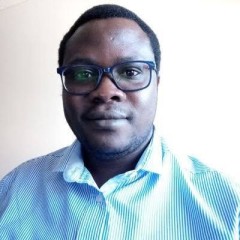 The media is awash with the long-drawn dispute between the Khoi and San indigenous peoples, on the one hand, and the Rooibos industry, on the other hand, about the ownership of the traditional knowledge (TK) in the use of Rooibos and the entitlement of the San and Khoi communities to share in the benefit arising from the exploitation of the Rooibos by the industry. However, a settlement has been reached between the Khoi and San communities and the Rooibos industry in form of a benefit-sharing agreement concluded in November 2019, while the dispute over the ownership of the TK seems unsettled. Among others, this article traces the history and background to the dispute, discusses the settlement and its significance to the promotion and protection of indigenous peoples’ TK through Access and Benefit Sharing (ABS) regimes.

Rooibos (meaning Red bush in Afrikaans) is a broom-like plant that is scientifically referred to as Aspalathus linearis. It is renowned for its beverage quality. It is the raw material for the globally popular Rooibos tea.  Rooibos is endemic to the Cederberg region (also known as the Rooibos Belt) located approximately 200km to the north of Cape Town, South Africa. The Cederbergs are referred to as “one of South Africa’s most biodiverse regions”, and the Khoi and San peoples have inhabited the Cederberg region thousands of years ago. According to a 2014 study of the South African government, the Khoi and San indigenous peoples constitute the first users of Rooibos as a beverage. Their TK in the use of Rooibos was passed down from generation to generation before the arrival of Europeans settlers in South Africa.

The San communities are part of the world’s oldest indigenous communities. They have existed within South Africa for over one hundred thousand years. The Khoi on the other hand, migrated to South Africa from modern Botswana about two thousand years ago. The Khoi and San indigenous peoples have lived in the Rooibos Belt long before the 1600s when Europeans settled there. Today, the Khoi and San indigenous peoples are scattered all over Southern Africa, including those still inhabiting the Rooibos Belt.

The arrival of the European settlers, particularly the Moravian Missionaries, led to the growth of the Rooibos industry, which exploited and continues to exploit the TK of the Khoi and San concerning Rooibos as a beverage for over two hundred years. Commercial farming of Rooibos began in the region in the 1900s. The Rooibos industry has now grown to an estimated 500-million-Rand per annum (~30 million USD) enterprise.

To govern the commercial exploration and exploitation of South Africa’s enormous biodiversity and TK, the South African government enacted the National Environmental Management: Biodiversity Act 10 of 2004 (NEMBA) and the Bioprospecting, Access and Benefit Sharing Regulations 2008 (BABS Regulations). This followed South Africa’s ratification, in November 1995, of the UN Convention on Biodiversity 1992 (CBD).

The NEMBA and the BABS Regulations are further strengthened by South Africa’s ratification, on 10 January 2013, of the Nagoya Protocol on Access to Genetic Resources and the Fair and Equitable Sharing of Benefits arising from their Utilization 2010 (Nagoya Protocol); and other national legislation, such as the recent Protection, Promotion, Development and Management of Indigenous Knowledge Act 6 of 2019.

Emboldened by the foregoing legal frameworks and assisted by non-governmental organisation (NGO) Natural Justice, representatives of the Khoi and San communities (the National Khoi and San Council) made a claim to the South African government for compensation for the industry’s exploitation of their TK and the use of their imagery in the packaging and marketing of the Rooibos beverage. This birthed a decade-long struggle, which commenced in 2010, of the Khoi and San indigenous peoples to benefit from the exploitation of their Rooibos TK by the multimillion Rand Rooibos industry in South Africa.

These efforts led to negotiations between the Khoi and San representatives – with support from Natural Justice and the South African government – and the Rooibos industry. Along the way, the Khoi and San indigenous peoples developed community protocols and codes of research ethics, which commit scientists and researchers to the ideals of respect, honesty, justice and fairness, and compliance with the due processes laid down in the community protocols.

The long-drawn negotiations finally paid off in November 2019 when a benefit-sharing settlement was reached between the representatives of the Khoi and San communities and the Rooibos industry. The settlement now makes it possible for the Khoi and San communities to be entitled to a 1.5% share of the “gate farm price” of Rooibos. The gate farm price is the the “price that agribusinesses pay for unprocessed rooibos”. The 2019 value of the communities’ share was considered to be twelve million rand (ZAR12,000,000 – USD799,000).

The 1.5% share will be split equally between the Khoi and the San communities. The settlement subjects the Khoi’s share to a further split in favour of the community of non-white local farmers living in the Rooibos Belt and who suffered deprivations as result of the Apartheid.

Significance of the settlement

The Khoi and San Rooibos settlement is very significant to the promotion and protection of TK. The case shows the link between government policies, legislation, and the promotion and protection of the TK and rights of indigenous peoples and local communities (IPLCs). It shows how actions of the government can lead to effective implementation of international instruments, such as the Nagoya Protocol, at the national level.

The case also evinces how important NGOs are in galvanising IPLCs towards ensuring that they benefit from the economic exploitation of their TK by third parties. Further, the case is a manifestation of how the business interest of TK-based entrepreneurs can be balanced with those of IPLCs who are custodians of TK.

Importantly, the Khoi and San Rooibos settlement demonstrates how communities can deploy the ABS regimes in the CBD, Nagoya Protocol and relevant national legislation to manage, protect, promote, and benefit from their TK. Indeed, the settlement has been hailed as a “historic achievement and a model for other countries and industries” and as “an example of how … the Nagoya Protocol … can play a role in ensuring benefits to indigenous and local communities”.

Laudable as it is, however, the benefit-sharing settlement also raises a number of issues. For instance, questions have been raised as to how every Khoi and San person will benefit from the funds given the fact that most of them are not linked to their indigenous leadership structures. Also, there are questions as to the adequacy of the funds to take care of the needs of the beneficiaries. Further, there is the important question as to the implication of the settlement on the business of the Rooibos industry. Farmers may now increase the price of their products and/or lay off workers (most of whom are indigenous peoples) to meet their obligation under the agreement.

Finally, although the settlement acknowledges the importance of TK in the development of the Rooibos industry, it appears the dispute over Khoi and San TK on the use of Rooibos as a beverage still lingers. Martin Bergh, chairman of the South African Rooibos Council (the Rooibos industry umbrella body in South Africa), is reported as saying that “the industry still does not accept that Indigenous communities used rooibos as tea”. However, he acknowledged “that the San probably knew about the rooibos plant before anybody else”.