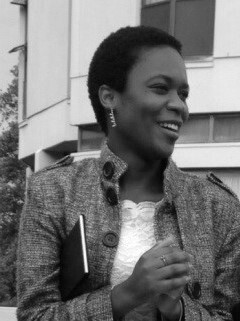 Mystery has surrounded what is contained in CVO, the packaging does not specify the ingredients, but it is said to contain artemisia, a plant that is known to alleviate malaria symptoms. In an interview with France 24 and Radio France International (RFI) the President of Madagascar said the medicine was composed of 62% artemisia, and a mix of herbs derived from the traditional knowledge of the Malagasy.

CVO has been criticised for the lack of scientific evidence of its safety and quality. The Madagascar Academy of Medicine issued a statement that no scientific evidence for the medicine had been established and there was risk to damaging the health, particularly of children. The practice is to undertake research and approve traditional medicine in line with international standards, that is research protocol, tests and clinical trials. Madagascar has so far not presented any scientific evidence to back up its claims. Aware of this, the President of Madagascar said there was a distinction between clinical observations and clinical trials and lauded the success of CVO based on the recovery of patients as clinical observations, done in accordance with WHO guidelines.

Madagascar, however, is not the first to use traditional medicine to treat Covid-19, in Asia countries like Indonesia, Thailand and Malaysia have been using herbal remedies. In China and South Korea, the governments have issued guidelines for herbal treatments for the different stages of the disease. They outline the herbs, herbal formulae and composition of the various remedies, some with antiviral and/or anti-inflammatory properties. China also used traditional medicine before to fight the SARS and H1N1 influenza epidemics, and some research has now shown a high efficacy of Chinese medicine in the prevention of SARS. But just like with CVO, the Chinese medicines have been challenged on the lack of scientific evidence.

The WHO on traditional medicine

Over the years the WHO has amplified its role on traditional medicine and taken efforts to understand and regulate it [see Andrea Burton, Michael Smith, Torkel Falkenberg ‘Building WHO’s global Strategy for Traditional Medicine’ European Journal of Integrative Medicine Vol 7 (1) 13-15]. In its latest report, it indicated that several countries have taken steps to integrate it into their health systems by creating national policies and regulatory frameworks, and that at least 170 member states use traditional medicine to varying degrees. It shows a very real need for traditional medicine either on its own or as complementary to conventional treatments and makes the case for scientific evidence vital.

For millennia indigenous communities have relied on their traditional knowledge to treat various ailments. Chidi Oguamanam describes traditional knowledge as ‘a multi-layered knowledge system evolving from a sociocultural conception of a world view in which ecological and spiritual harmony is central’ [International Law and Indigenous Knowledge Intellectual Property, Plant Biodiversity, and Traditional Medicine (2006) at 52]. Traditional knowledge is characterised by the transfer of skills, practices and knowledge from generation to generation, and the use of plants for therapeutic purposes is one aspect of the traditional knowledge system. The WHO identifies traditional medicine ‘as the sum total of the knowledge, skill, and practices based on the theories, beliefs, and experiences indigenous to different cultures, whether explicable or not, used in the maintenance of health as well as in the prevention, diagnosis, improvement or treatment of physical and mental illness’[WHO TM Strategy 2014-2023 at 15].

Challenges, however, arise when assumptions are made that traditional medicine is freely available for use. This has led to some traditional medicine being appropriated without due regard to the custodians of such knowledge. Corporations research into the medicinal elements, extracting the compounds of indigenous plants to identify the active compound. They then apply for patents and commercialize the product without any attribution or benefit to the custodians, this is what some scholars have referred to as biopiracy. Examples abound of such scenarios, including Rosy Periwinkle from Madagascar, which was used by the drug company Eli Lilly for cancer treatment and Hoodia from South Africa used as an appetite suppressant.

How to protect traditional medicine from appropriation has been the subject of much debate at different fora, including at the WHO and WIPO. One of the pathways, is the Nagoya Protocol on Access and Benefit Sharing, adopted under the Convention on Biodiversity. It is aimed at addressing some of the challenges around the use of traditional knowledge and genetic resources. It outlines the obligations on commercial users of traditional knowledge to share the benefits with the custodians of traditional knowledge in a fair and equitable manner. A recent example of such an arrangement is the Rooibos Benefit Sharing Agreement which will see the Khoikhoi and San communities receive a percentage share of the farm gate price of Rooibos.

Though a cautious approach is imperative, support for researching the efficacy of traditional medicine to fight the coronavirus is urgent. Currently, several drugs are being trialled and/or repurposed to treat Covid-19. In the same vein, traditional medicine or specific herbal formulas that have been shown to be effective in treating certain conditions or symptoms could be trialled to treat Covid-19. The WHO Regional Director for Africa, Matshidiso Moeti indicated that the organization had offered to support the design of a study to look into CVO. South Africa has also offered to assist in researching the efficacy of the remedy and the Africa Centres for Disease Control and Prevention will review the scientific data on CVO.