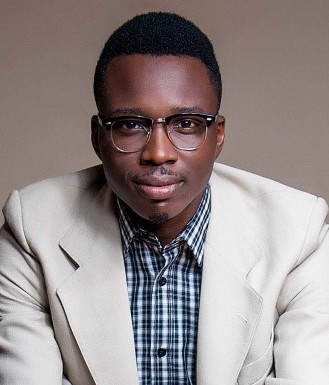 In July 2018, I arrived in South Africa for the first time from Nigeria to commence my Masters in Intellectual Property Law at the University of Cape Town (UCT). I took a year of Copyright Law during my fourth year of undergraduate studies, but nothing would prepare me for what was ahead. Although I was to commence my studies at UCT in February 2018, a delay with my visa caused me to have to defer till the second semester. As a new student from a more temperate clime, arriving in winter ensured I had a steep adaptation period. On the academic side, I needed to hit the ground running and start working on a dissertation that would be due in September 2019. During one of our classes, we watched a documentary titled “Fire in the Blood”; it showed the grave difficulties that people living with HIV in the 2000s, particularly in developing countries faced due to an inability to access the antiretroviral therapy that was available at the time. Multiplied thousands of people lost their lives needlessly because the patented medicine which could prolong their lifespans was completely out of their price range. In the course of my studies, I came to realise that this access problem was not only an isolated event with HIV, but that there was a bigger problem of access to affordable medications that dogged South African society. I set out to write a thesis titled: “An Examination of South Africa’s Efforts at Patent System Reform: TRIPS Flexibilities Fully Appropriated for Public Health Needs?” It examined the current South African Patent Act and matched it up against the Agreement on Trade-Related Aspects of Intellectual Property (TRIPS) to see to what extent South Africa takes advantage of the flexibilities available in the agreement and highlighted the urgent need to reform the country’s patent law to take advantage of those flexibilities. Sadly, the reform process is slow and after the release of the IP Policy Phase One of 2018, not enough progress has been made in the area of patent law reform in South Africa.

When I first wrote my thesis, this was already an area that had been much written on due to the AIDS pandemic in South Africa and there were times I felt like I was figuratively “flogging a dead horse”. It has been almost a year since I submitted that thesis and with the COVID-19 pandemic causing a worldwide economic and health crisis it makes me ask the question: “How many more pandemics must we go through to reform our patent law in a way that will not only grant equitable access to the vaccine for the Coronavirus (if and when it is found); and beyond this pandemic a much more equitable way of viewing and regulating the public health sector from a patent law perspective?” It has been a bleak year worldwide, and South Africa has had a torrid time handling the pandemic. Since the start of the nation-wide lock-down on 26 March 2020, there has been a loss of over 12,000 lives to COVID related deaths at the time of writing. This is further compounded by the rise in unemployment with about 3 million people losing their jobs since the commencement of the lock-down. We are yet to grasp the full effect of the pandemic, but one thing is certain, it will take time to fully recover from the devastation it has caused worldwide.

Even before the pandemic, over 80 percent of South Africa’s population depended on the Public Health sector in terms of health care. Things were already extremely difficult for the average South African when it came to procuring medicines for many ailments. A sad example is the cancer drug Roche holds the patent for called Trastuzumab, which is marketed under the brand name Herceptin. It is used to treat women with the Human Epidermal Receptor Two Positive Breast Cancer (HER 2+). In 2016, it cost about R485,800 for a 12-month treatment course. The prohibitive cost had even put it out of the reach of many who had taken out insurance schemes at the time. In 2018, little had changed and the then Minister of Health, Aaron Motsoaledi  was trying to push for the reduction in the price of cancer medications. He remarked that: “There is this new drug for breast cancer called Herceptin, it costs R24 000 per dose and the course of treatment is 17 doses. Basically you are asking a woman with breast cancer to pay R24 000 17 times and that’s impossible for most women.” This equates to R408,000 for a treatment course and is still out of the reach of most South African women today, even more with the economic devastation caused by the COVID-19 pandemic.

Although several factors have contributed to medicines being extremely expensive, a prominent one is an ineffective patent system. South Africa currently operates a depository patent system, which means that a patent is granted in South Africa after the application is examined to ascertain that the formalities for the grant of a patent have been met. Since there is no substantive examination carried out, it is relatively easy to obtain a patent.  As a result of this, Pharmaceutical companies can obtain patents with more ease than in countries where their applications are substantively examined to determine whether they meet the patentability criteria.  Also, this has made it easier for Pharmaceutical companies to engage in a practice called patent evergreening, which is the extension of a drug’s patent term beyond its 20-year lifespan without making any significant improvement on it. In the case of  Trastuzumab, for example, the patent in South Africa is valid until 2033, while the same drug will be off-patent about 10 years earlier in India. The absence of patent examination has led to some patents being granted to Roche on Trastuzumab, which other countries that examine patents substantively have rejected. There is an urgent need to ensure that South Africa avoids repeating this type of costly error by implementing a phased substantive search and examination system sooner than later – as envisioned in the country’s IP Policy of 2018. A good example of how a substantive search and examination system can help deliver more cost-effective drugs is the example of India. In 2013 pending patent applications that would have extended Roche’s monopoly over Trastuzumab were rejected by the Indian Patent Office (IPO). Roche also withdrew its application in the face of calls to issue a compulsory licence. This paved the way for a biosimilar version, which was 70 per cent cheaper than the branded version owned by Roche. This example shows that where there is an efficiently administered substantive examination system, it gives a country more options in its quest to provide affordable medicines for its people.

In conclusion, as the dust eventually settles from the COVID-19 pandemic, it will be an opportunity well taken if South Africa has sped up its efforts to deliver a more efficient and equitable patent system. In the early 2000s, it was HIV, this time it is the COVID-19 pandemic. No one knows what the future holds but the best way to approach the future is to be bold and proactive in facing the potential challenges it may bring. Putting the right measures in place in terms of the country’s patent laws is certainly a step in the right direction. On 20 March 2020, about 80 academics petitioned the president to expedite patent reform to promote access to medicines in South Africa. As the government does its best to ensure that it battles the short and long term effects of COVID-19, it is imperative that it puts the right mechanisms in place and positions itself to take advantage of all the flexibilities that the TRIPS Agreement affords it for the protection of the health of its people. If there was ever a right time to accelerate the changes needed for a more balanced and effective patent system in South Africa, that time would be now.