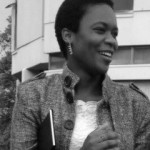 Multilateralism has produced few successes in recent years, including in the domain of international intellectual property (IP) rule-making. While coordination among countries on technical standards for IP administration is easier, collaboration in agreeing multilateral responses to substantive legal and policy challenges has become more and more difficult. Yet, in 2013, member countries of the World Intellectual Property Organization (WIPO) adopted a treaty in the area of access to copyright works for the visually impaired, the Marrakesh Treaty to Facilitate Access to Published Works for Persons Who Are Blind, Visually Impaired, or Otherwise Print Disabled[i] (Marrakesh Treaty). Given the prevailing difficulties in multilateralism, what were the conditions and factors that made this agreement possible? To explore this question further, I invited Charlene Tsitsi Musiza, a PhD candidate from Zimbabwe, to describe the treaty briefly and examine the process that led to its adoption.

When one thinks “multilateralism”, one usually thinks of formal international conventions and treaties like the Marrakesh Treaty. However, collaboration platforms are increasingly features of the IP ecosystem. They may also serve as vehicles for multilateral cooperation, by facilitating exchanges of experiences and information, connecting innovators with innovation seekers, improving conditions for creators or directly supporting the implementation of conventions and treaties. One such example, which Charlene also describes, is the Accessible Books Consortium (the ABC platform), a public-private platform which complements the Marrakesh Treaty.

Multilateralism as a process by which states organise around principles, norms and rules that govern international relations has shaped the world, in almost all facets of social, political, and economic life. This process requires states to exercise some flexibility, cooperate and have a long-term view of the anticipated gains. Yet, global developments over the last decades threaten this process. Perhaps a little close to home is the global trepidation on access to COVID-19 vaccines and therapeutics which has pitted mostly developed nations against many developing nations.

As global challenges require international cooperation, multilateralism is an avenue for dealing with transnational issues. Among others, issues such as public health, global trade, development, and climate change require collective action. Collaboration is a crucial and effective way of tackling international challenges[ii], and global commitments can provide a stimulus to domestic adoption and implementation of policy changes.

States coordinate on the basis of certain principles[iii] of state conduct and strategic interaction on issues of global significance. Multilateral institutions provide a platform on which global problems may be effectively solved with the benefit of global experts to regulate international behaviour. Among other reasons[iv], multilateralism promotes the rule of law, shared principles and values, and democratic legitimacy in norm-setting processes. It facilitates the harmonisation of legal norms, creating equal obligations and limitations to states and binding them in similar and reciprocal undertakings[v].

However, given that states are equally sovereign, in cooperation and collaboration in rulemaking this may mean that negotiations can be drawn out, taking years to reach an acceptable text. Further, the diversity of challenges faced by states also mean greater diversity in approaches to problem solving. It is on these aspects that multilateralism may fall short[vi]. Cooperation and acceding to common undertakings are a challenging responsibility which require strategic approaches.

The Marrakesh Treaty as a model

The Marrakesh Treaty represents a unique model[vii] for rulemaking. It is essentially an exceptions treaty which infuses a human rights dimension[viii] into the enforcement of copyright for protected works to give access to persons who are visually impaired or print disabled. The negotiations for the Marrakesh Treaty, which began in 2009 with the submission of proposals by member states of WIPO, culminated in a substantive text adopted on 28 June 2013. The Marrakesh Treaty harmonises, at international level, limitations and exceptions to copyright protection to enable authorised entities to make accessible formats of copyright protected material and provides for cross-border exchanges of such works. The Treaty came relatively quickly into force on 30 September 2016 after the accession of Canada, bringing the number of ratifications to 20 as required in Article 18 of the Treaty.

A milestone in international IP norm-setting, the Marrakesh Treaty was complemented with an implementation platform within a year of the adoption of the treaty – the Accessible Books Consortium (ABC). The ABC is multi-stakeholder entity established in 2014 and tasked with developing practical ways to make books accessible to visually impaired persons. Among other activities, the ABC shares technical skills, promotes inclusive publishing and is developing an international database of accessible books[ix]. As a public-private partnership[x], it facilitates access and is an essential platform to implement the objectives of the Marrakesh Treaty.

The Process for the negotiation of the Treaty

The negotiations[xi] for the Marrakesh Treaty, which began with a WIPO commissioned study[xii], saw draft proposals being submitted by Latin American countries and the World Blind Union (WBU), the African Group, the EU, and the US. The proposals reflected the differences in approaches between, generally speaking, developed and developing countries, with many developed countries advancing a restricted application of the copyright exceptions and limitations. There was also debate on whether a treaty or a recommendation would best address the issue[xiii].The EU proposed a Joint Recommendation while the Latin American countries, the WBU and the African Group proposed a treaty[xiv]. The process was aided by the participation of civil society, among these the WBU, the DAISY Consortium, International Federation of Library Associations (IFLA) and Knowledge Ecology International (KEI), all of which played an active role[xv] in the negotiations. In both formal and informal discussions, they represented the visually impaired and brought expertise in devising the appropriate responses to the copyright challenges.

Despite the differences, states recognised the right of people with disabilities to access materials in accessible formats as mandated by the UN Convention on the Rights of Persons with Disabilities (2006), particularly Article 30 (3) which obliges states to take appropriate measures to ensure IP rights do not constitute an unreasonable or discriminatory barrier to access for persons with disabilities. The consolidated text which emerged indicated a reasonable compromise[xvi] and a coalescing around a more balanced copyright system to facilitate access.

Some lessons can be drawn from the process that led to the Marrakesh Treaty which can be applied to other multilateral processes in IP norm-setting fora: coalescing around a common objective, adopting a human rights dimension to norm-setting and having multi-stakeholder participation.

Issues that transcend specific political contexts appear to yield rapid outcomes as shown by the Marrakesh Treaty which was negotiated and concluded in less than five years. Identifying mutual interests and a common purpose[xvii] enables negotiations to proceed with some degree of concurrence. Focusing on shared interests and establishing common goals provides guidance in the negotiation. The outcome of the Marrakesh Treaty demonstrates this – in recognising and giving effect to the right of visually impaired persons to accessible formats, states found a common interest in facilitating access and were able to compromise. In addition, the subject of negotiation was a very specific issue[xviii] i.e., access for the visually impaired, and could therefore be deliberated on with a level of meticulousness which could otherwise be difficult for a broader and more loosely defined issue.

Infusing a human rights dimension to norm-setting gives effect to state obligations arising out of international law. Human rights give rise to states’ duties[xix] to respect, protect and fulfil the rights as mandated in international law and when approaching rulemaking through the human rights frame it can spur negotiation processes[xx] and deliver outcomes[xxi]. A human rights frame ‘tells a story that characterizes the victims, labels the genre of abuse, locates the perpetrators, and suggests a response’[xxii]. The Marrakesh Treaty exemplifies this, in that access to copyright protected works is framed in terms of the human rights of visually impaired persons and an appeal to morals, and this was therefore a strategy to achieve global objectives.

Finally, a vital aspect is the willingness of the actors involved in negotiations to give the necessary impetus to adopt and implement common objectives. Though rulemaking normally occurs among diplomats, delegates, state officials and advisors, there are non-state actors, such as civil society and non-governmental organisations[xxiii] (NGOs), advocacy networks, among others, that can lobby and generate and mobilize public interest in global issues. Such interest groups can be formidable actors when they wield expertise, moral influence, and legitimacy[xxiv]. They are capable of influencing not only the negotiations but the outcomes of multilateral processes more broadly, particularly at the pre-negotiation phase[xxv] of norm-setting when their expertise can crystallise the ideas that later become the foundations for discussions.

Crucial in the negotiations for the Marrakesh Treaty were the WBU, the DAISY Consortium, IFLA and KEI, among others, which had been at the forefront of lobbying for the interests of visually impaired persons. The WBU and KEI convened a meeting in 2008 that led to the proposal of a treaty for visually impaired persons[xxvi], and this drew significant interest[xxvii] which initiated discussions which eventually led to the Marrakesh Treaty at WIPO. It illustrates the role of interest groups in facilitating multilateral processes – they can put important issues on the international agenda, initiate broader discussions in such fora and keep the momentum in negotiation processes. These are also usually the goals[xxviii] of such interest groups to influence policy changes.

Multilateralism is one of the effective options for norm-setting and despite its challenges, necessary reform and strategic approaches can enable rapid outcomes of negotiations. The experience of the Marrakesh Treaty offers some guidance on cooperation to realise mutual interests to address global challenges, crafting a human rights dimension in rulemaking and ensuring the broad participation of stakeholders with expertise on the issues.

This blog is written exclusively in the author’s capacity. Any views expressed are those of the author alone and do not necessarily represent the views of any organization or institution. This blog was written in June/July 2021.

Additional readings are listed on the Multilateral Matters portal.

[xi] Williams, S. (2011) “Closing in on the Light at WIPO: Movement Towards a Copyright Treaty for Visually Impaired Persons and Intellectual Property Movements”, University of Pennsylvania Journal of International Law, Vol. 33, 1035 at 1052-5.

[xii] WIPO “Study on Copyright Limitations and Exceptions for the Visually Impaired”, SCCR/15/7 available at https://www.wipo.int/edocs/mdocs/copyright/en/sccr_15/sccr_15_7.pdf (accessed on 26 April 2021.

[xiv] WIPO “Comparative List of Proposals Related to Copyright Limitations and Exceptions for the Visually Impaired Persons and Other Persons with Print Disabilities”, SCCR/22/8 available at https://www.wipo.int/edocs/mdocs/copyright/en/sccr_22/sccr_22_8.pdf (accessed on 30 June 2021).

[xxvii] Report of the Seventeenth Session of the Standing Committee on Copyright and Related Rights, SCCR/17/5 available at https://www.wipo.int/edocs/mdocs/copyright/en/sccr_17/sccr_17_5.pdf (accessed on 26 April 2021).