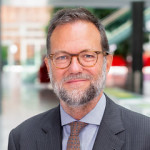 On July 21, 2022, the General Assembly of the World Intellectual Property Organization (WIPO) decided that, by 2024, two diplomatic conferences should take place, one on a proposed new Design Law Treaty, and the other on genetic resources and associated traditional knowledge (TK).

Diplomatic conferences are held to negotiate and adopt or revise multilateral treaties and conventions.

This decision was as unexpected as it is momentous.

Negotiations among member countries on both subjects have been deadlocked for many years, on design law in the WIPO Standing Committee on the Law of Trademarks, Industrial Designs and Geographical Indications (SCT) and on genetic resources and associated TK in the WIPO Intergovernmental Committee on Intellectual Property and Genetic Resources, Traditional Knowledge and Folklore (IGC).

What are the substantive issues concerned? What was decided exactly? And what are some of the implications of the decision taken?

The proposed Design Law Treaty (DLT) aims to help designers obtain easier, faster and cheaper protection for their designs – both in home markets and abroad. It would do so by streamlining the global system for protecting designs, by eliminating red tape and accelerating protection procedures. As WIPO explains, if approved, these changes would benefit the community of designers, with particular advantages for smaller-scale designers with less access to legal support for registering their designs. In particular, the DLT would make it significantly easier for SMEs in low and medium income countries to obtain design protection overseas. [1]

Work on the simplification of procedures for the protection of industrial designs was initially started in the SCT in 2006.[2]

On genetic resources and associated TK, since 2010, text-based negotiations on an international legal instrument relating to intellectual property (IP), genetic resources and associated traditional knowledge (TK), as well as on the protection of TK as such and traditional cultural expressions/expressions of folklore (TCEs), have been ongoing in the WIPO IGC.

Genetic resources, such as plants, animals and microorganisms, are valuable inputs in the life sciences and TK associated with them is scientifically valuable and integral to the economic and cultural well-being of indigenous peoples and local communities the world over.

A new international legal instrument developed within WIPO would address certain IP questions related to access to, use of and benefit-sharing in these resources and knowledge systems. For example, one of the main ideas supported by many countries is that applicants for patents whose inventions use genetic resources and associated TK should disclose that fact and other related information in their patent applications.

This is referred to as a proposed new “patent disclosure requirement”.

For basic introductory information on IP and genetic resources, including on such a disclosure requirement, see Multilateral Matters #2 “Biopiracy on the High Seas” Countries Launch Negotiation Towards a New Legally Binding Instrument on Marine Genetic Resources in Areas beyond National Jurisdiction”.

Reverting briefly to the proposed new Design Law Treaty, a few years ago, African and other countries introduced into the negotiating text a similar idea, namely disclosure in applications for design rights of the origin or source of traditional TK, TCEs or genetic resources utilized in an industrial design.

In the IGC negotiation, other ideas proposed by countries include more extensive use of databases of information about genetic resources and TK that would be useful for patent examiners in avoiding the grant of erroneous patents.

Proponents in the IGC of a new international legal instrument argue that it would harmonize diverse national systems, foster the sustainable development of indigenous peoples and local communities, provide legal certainty and predictability for businesses, and improve the quality, effectiveness and transparency of the patent system.

The GA’s decision, taken jointly as a package in respect of both the design law treaty and an international legal instrument relating to genetic resources and associated TK, followed a written proposal by the African Group, which was tabled as document WO/GA/55/11 on the morning of July 20, 2022.[3] Discussion of it took place on the following day, July 21, 2022. In the course of that day, the African Group, deftly led by Algeria as the current Group Coordinator, made a few amendments to its original proposal following consultations with other countries. The proposal as so amended was adopted late in the afternoon on July 21, 2022.

In so far as genetic resources and associate TK are concerned, the GA decided to convene a Diplomatic Conference to conclude an “International Legal Instrument Relating to Intellectual Property, Genetic Resources and Traditional Knowledge Associated with Genetic Resources”, based on document WIPO/GRTKF/IC/43/5 and any other contributions by Member States, to be held no later than 2024.

The document referred to (document WIPO/GRTKF/IC/43/5) is the text of an international legal instrument prepared in 2019 under his own authority by a former Chair of the IGC, Ian Goss of Australia. It is commonly called “the Chair’s text”. Up to now, the IGC Chair took responsibility for drafting and amending the text. As a result of the GA’s decision, the text changes character and now becomes one of the bases for the future negotiations.

Further details on the preparatory steps towards the DipCon are available in the GA’s formal decision.

I focus in this blog on the GA’s decision as it relates to genetic resources and associated TK, the area I am more familiar with.

This is a momentous decision with potentially profound implications for substantive law making and multilateralism in general at WIPO.

The decision was unexpected. The IGC met most recently in June[5] as per the mandate and program for work 2022 and 2023 handed to the IGC by the GA in late 2021. Proponents of a new international legal instrument on genetic resources and associated TK have understandably been deeply frustrated by the slow progress being made in the IGC, and again made their frustration clear at the June session. The IGC has so far not yet agreed that the outcome of its work might be a binding international legal instrument. At the June session, views differed sharply on, amongst other matters, the status and future role of the Chair’s text. After intense consultations, the IGC agreed by consensus on a series of next steps in its work, including exploring revisions to its working methodology. The IGC’s decisions were contained in a report to the GA.[6]

The GA made its own decision, however, accelerating the convening of a diplomatic conference based on inter alia the Chair’s text.

In a dramatic initiative, the African Group galvanised support to break the deadlock in the IGC and achieve what it has worked so hard for and waited so long for, namely, the convening of a diplomatic conference.

Unexpected as it was, perhaps this decision is exactly the kind of radical disruption that is needed to hasten the conclusion, in one way or another, of this long-standing negotiation.

Until now, the IGC has studiously treated each of its three subjects (genetic resources, TK and TCEs) distinctly but equally and in parallel – in the sense that the same importance is allotted to each theme. Countries have always insisted on this for several and diverse reasons. The GA’s recent decision explicitly fast-tracks one of the themes (genetic resources) for priority treatment, although associated TK is also included.

The IGC itself will meet again in September. At that and subsequent sessions, the technical governmental representatives who usually attend IGC sessions, as well as the numerous observers to the IGC including representatives of indigenous peoples and local communities, will have to consider its future work on TK as such and TCEs in light of the GA’s decision.

Some countries disassociated themselves from the decision and others expressed their disappointment and misgivings with it.[7] These are signals of the challenges that lie ahead in the run up to and in the Diplomatic Conferences themselves. These countries decided, however, not to break or block the “consensus” at that stage.

As mentioned earlier, the African Group’s proposal was tabled and introduced on the morning of Wednesday July 20. It was discussed as from the following morning. What transpired in the interim, that is, on the Wednesday and well into that night, was instrumental. It concerned a proposal for “Assistance and Support for Ukraine’s Innovation and Creativity Sector and Intellectual Property System”[8] that had been tabled with the support of about 50 member countries. In short, the proposal was eventually adopted through a roll-call vote, rather than on the usual consensus basis (on which, see Multilateral Matters #111 “Consensus in Multilateral Negotiations: What does it Mean and does it Produce Effective, Wise and Durable Agreements?”). The resort to voting is a potentially game-changing departure from past practice in WIPO. This development occurred between the time of the tabling of the African Group’s proposal on genetic resources and TK and its negotiation and eventual adoption by “consensus”.

A further observation is that the decision on genetic resources and associated TK was taken together, in a linked manner, with a decision to convene a diplomatic conference on a proposed new design law treaty. This overt linkage between two seemingly unrelated normative agenda items, inspired by “package deals” and “single undertakings” agreed on in other organizations such as the WTO, is a novelty in WIPO.

The GA met and took this decision very recently.

The IGC meets again in September to continue its work on TK and TCEs. The impact of the GA’s decision may already be felt then.

The full significance and impacts of the 2022 GA’s various decisions and actions will only become clearer over time, however.

The slow progress in the many years of the IGC negotiations fuelled the frustration that led proponents to secure the GA’s decision. Perhaps a conclusion to these long negotiations is now in sight, but much work and many uncertainties lie ahead.

In any event, it is clear that the decisions of the WIPO GA in July 2022 will long resonate in WIPO and beyond.

This blog was written in late July / early August 2022.

This blog is written exclusively in the author’s capacity at UCT. Any views expressed are those of the author alone and do not necessarily represent the views of any organization or institution.

Additional readings are listed on the Multilateral Matters portal (http://ip-unit.org/multilateral-matters/)