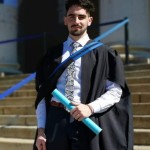 The path ahead for non-fungible tokens (NFTs) appears turbulent. Over a year ago, NFTs attracted attention primarily over the absurd prices they fetched on digital auctions. For instance, the first tweet of former Twitter CEO Jack Dorsey was sold as an NFT for $2.9m in March last year. Just last month, however, the same NFT was re-auctioned and the highest bid was around $270 (or 0.09 ETH at the time of the auction). It appears that the wheels on the NFT ‘hype-train’ may have seized up, but there may still be a case to be made for the existence and use of NFTs.

In this series of blog posts, we take a look at what implications NFTs have in terms of IP law. We look not only at the challenges that NFTs pose to IP law, but also to the solutions they might pose in protecting various intellectual property rights. Before we can assess how NFTs can aid our current IP regime, we need to understand what they are, and why they have anything to do with IP at all.

Blockchains can store data for a number of use cases, from currency, to medical records, voting rolls, patent registry, and of course, NFTs.

NFTs are simply a unique token stored on a blockchain. These tokens can be any digital thing (a GIF, a word document, or even lines of code) that is capable of being ‘minted’, which is the fancy term we use for storing data on a blockchain. These tokens are unique (or non-fungile) in the sense that they are one-of-a-kind. One way of thinking about NFTs is comparing them to stamps, Pokemon cards, artworks, or even diamonds. Just as these unique items have some arbitrary value ascribed to them (like the Pikachu Illustrator Pokemon card, valued at $900 000), so too do NFTs, only they are valued in terms of a cryptocurrency and not fiat currency. But just as a stamp, pokemon card, or diamond can be faked, so too can an NFT. The most obvious way this can occur is by having that NFT re-minted on a new blockchain. Why buy an NFT when it can just be cloned, either totally or ripped-off in some other way?

Some people might even wonder why we should mint these digital tokens at all, when most digital information can be saved to a computer without being stored on a blockchain. Put differently, is there a difference between owning an NFT – say, the Dorsey tweet – versus having a screenshot of that tweet? These questions reveal the obvious conceptual challenge in valuing NFTs, and why NFTs aid authentication instead of hindering it.

Many people wrestle with the concept of valuing an NFT. Most of these people will also have similar quandaries understanding the value of cryptocurrencies. The value of an NFT can be thought of in the same way as to how we value art. For example, Jean-Michael Basquiat’s Untitled was sold in 2017 for $110 million. How could an artwork fetch such a price when I could – in theory – print a scan of the work to the exact dimensions as the original, frame it, and place it on my wall? As with art, we run into the same questions of authenticity and its relationship to value. Why would anyone want to purchase pixels for thousands of dollars? As with printing a Basquiat painting, why would anyone buy a bored ape NFT when they could just save the JPEG on their computer?

NFT’s challenge our concepts of value in the same way that art does. In response to this value, humanity has found various mechanisms to regulate the creation, distribution, and protection of art – the most obvious of which is intellectual property law. For the purposes of this series of blog posts, we are not concerned with the philosophical questions of value and art, but we are concerned with the ways in which NFTs could impact IP law – and how NFTs might even aid some of IP law’s goals.

In the next blog post, we take a closer look at the effect that NFTs already have and could have on the field of IP. We look at how NFTs can either aid or hinder the ownership of IPRs, and the interplay between NFTs and specific forms of IP protection.